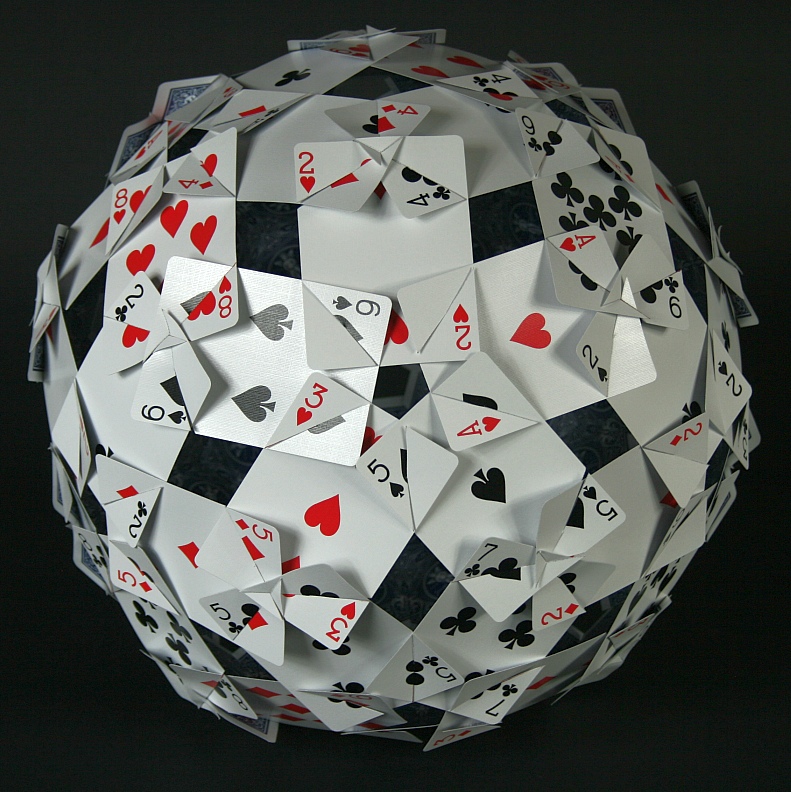 How to Memorize a Deck of Cards in 43 Seconds

This article is an excerpt from The 4-Hour Chef: The Simple Path to Cooking Like a Pro, Learning Any Skill, and Living the Good Life.

To become a Grand Master of Memory -- fewer than 100 in the world can claim that title -- you need to satisfy each of the following in competitions approved by the World Memory Sport Council:

Ed Cooke first hit this trifecta when he was 23. He later came to international attention when he coached journalist Joshua Foer from ground zero to U.S. Memory Champion in one year, a feat chronicled by Foer in the best-seller Moonwalking with Einstein. To win that championship, Foer had to memorize 120 random digits in five minutes, successfully commit to memory the first and last names of

156 strangers within 15 minutes, and (last but not least) memorize a shuffled deck of cards in less than two minutes.

Ed has memorized a shuffled deck of cards in competition in 43 seconds. Of all memory feats, none is a more compressed act of mental athleticism.

I asked him if he'd open the kimono and explain his method, and he very graciously agreed.

It takes around four hours to get comfortable with Ed's best-of-breed system. With a little practice, you'll be a third of your way to becoming a Grand Master.

(Im)practically speaking, it's just freaking amazingly cool. Few people in the world can pull it off, and that's reason enough to take a weekend or slow evening to try. Instead of watching another bad movie, you can become one of the memory illuminati.

Last but not least, there's a $10,000 competition at the end if you want to really give this a shot.

I've taken to calling Ed's approach the Bicycleshop, a combination of the brand of playing cards and Photoshop.

We will learn the basics of Bicycleshop with a simple version; let's call it Bicycleshop Lite. Then we'll upgrade to Bicycleshop Pro. Learn to use them in that order.

Step One: Learning the Cards

First, you convert 52 cards into 52 celebrities.

The mind ignores the mundane and remembers the unusual, whether people (e.g., Lady Gaga) or a sudden motion in the under- brush. The more unusual, the more the brain forms a bookmark for recall.

To make recalling 52 celebrities easier, each suit corresponds to a personality type and each card ( jack, 10, ace, etc.) corresponds to a profession (or category). This means that when you look at a given card, you'll have two cues to help you remember the celebrity.

Mnemonic suggestions are included below each "profession" to facilitate the association, but you can create your own. Skim this list once, read Ed's notes following the list, and then read them over again.

Celeb couples are the royalty of the present. Each suit will have its own celeb couple. Contrasting celeb couples -- John and Yoko, David Bowie and Iman -- can help the pairs stick.

Think of all those trilogies out there.

Ace is a term associated with excellence in sports; think of "two" as "deuce" in tennis.

Ed explains how this is all put together:

Having chosen 13 professions/categories and four personalities -- just 17 things to learn -- you can use your existent knowledge and opinions to fill out a 52-card matrix. The ace of diamonds, on my scheme, is a sports- man (ace) who got rich (diamonds) -- OK, Michael Jordan. The jack of spades on my scheme would be a religious figure who's amusing -- the Dalai Lama has a good sense of humor. The six of spades, a humorously controversial woman -- Lady Gaga, no question.

Using this method, it should take less than an hour to fill the matrix out and come to be able to slowly recall the people who now correspond to the 52 cards. Once you have your cast of card-people, go through shuffled decks and practice translating the cards to their images until it's automatic. This might take another hour to begin to master.

The next step is to put them in order.

Step Two: Memorizing the Order of a Shuffled Deck

You will now peg 52 cards to locations along a familiar route. It could be a path through your house, the journey from your front door to a favorite pub -- whatever you like. Some memory competitors use their childhood homes: Scott Hagwood, who won the U.S. Memory Championship from 2001-2004, uses rooms from luxury homes he finds in Architectural Digest, 10 locations per room. If you choose that approach, you can mentally position yourself at the entrance to each room and move as follows: at your feet, closest left corner, then clockwise to left wall, then far left corner, opposite wall, far right corner, right wall, closest right corner, then two spots on the ceiling.

Choosing 52 locations should take no more than 30 minutes, and then you can start placing your celebrities (cards) at each point. Keep it simple for now, using a longer path if multiple points per room cause overload. Ed starts at his bed:

For me, a pack beginning with the jack of spades would mean the Dalai Lama standing at the first point on my route -- my bed. At the second point, my wardrobe, I'd deposit the image corresponding to the second card, perhaps it will be Michael Jordan -- the ace of diamonds.

Continue all the way through the pack, taking your time and lots of care to imagine each person vividly in their position. Once you get to the end of the route, retrace it in your imagination and you will hopefully encounter all the people in the sequence that you imagined them. You will probably need to go through two or three times the first time you attempt it.

And just like that, bingo: you've memorized your first deck of cards!

Now we upgrade you.

Bicycleshop Lite, while perfectly effective, is a little slow. Fifty-two separate goddamn images! Well, what did you expect for trial software? But it's the right place to start. Biting off all the features of Bicycleshop at once will just give you indigestion. Now that you've taken a ride with training wheels, it's time for phase two.

Bicycleshop Pro, the next step for power users, has a much more efficient compression algorithm. It builds on top of what you already know, but instead of 52 images, we'll reduce to 17 or 18 images. This makes it three times as fast. Here's how it works, in Ed's words:

The next step is combining several cards into single images, which we achieve by assigning each card (celebrity) an action and an object. Jordan, the ace of diamonds, might have for an action a slam dunk, and his object a basketball. The Dalai Lama's action might be praying, his object a Buddha. Lady Gaga's action might be posing in a meat dress (memory, after all, loves to be disgusted), her object a load of paparazzi photographers (also disgusting).

By adding this syntactic structure, combinations of three cards now form mini- sentences: the celeb from the first card, the action from the second, and the object from the third.

And that, ladies and gentlemen, is Bicycleshop Pro. Elegant and, with practice, as fast as world champions.

Perhaps you need a little incentive? Try a $10,000 card-memorizing competition - the first of its kind. Click here.

For the type-A, obsessive sorts: once you get reasonably fluid and want to take racing the clock more seriously, I suggest getting a metronome. This will be your plateau breaker. If you stall and seem unable to memorize any faster, set the metronome for 10 percent-20 percent faster than you can currently handle. Force yourself to turn cards at this rate until you stop making errors. For instance, if you're stuck at 10 cards per minute (1 per 6 seconds) after a few weeks, set the metronome to 20 percent less time, so 4.8 seconds per metronome click. If a particular card causes hiccups, make a note of it (or draw a pen marking on it) and analyze the reasons later.

Just remember: this is fun, so keep it fun. Enjoy the mind games.

This article is an excerpt from The 4-Hour Chef: The Simple Path to Cooking Like a Pro, Learning Any Skill, and Living the Good Life.