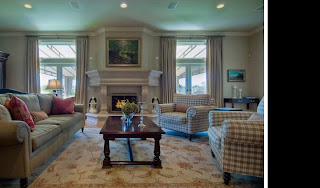 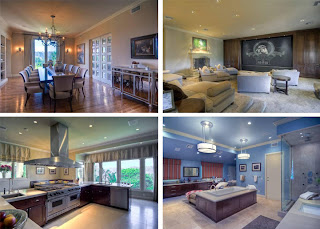 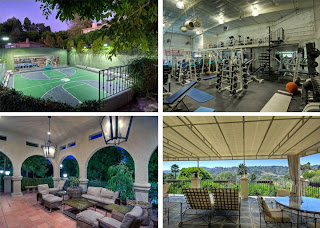 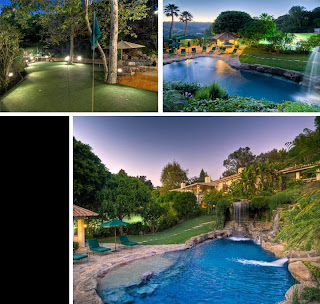 YOUR MAMAS NOTES: It's baaack! Ever since the fall of 2008, when it was first listed on the open market with an in hind-sight optimistic asking price of $15,900,000, two-time Oscar-nominated actor/producer Mark Wahlberg and his baby-making wife Rhea Durham—who may (or may not) be preggers with their fifth bambino—have been on a so-far-unsuccessful journey to unload their deluxe and fully-customized compound tucked into a fancy-pants hillside holler deep in the mountains above Beverly Hills, CA.

By September 2011 the asking price for the mini-resort-like spread had plummeted to $13,995,000 and yesterday the Wahlberg-Durham spread, around a few tight bends on the same street in the same Beverly Hills (Post Office) 'hood where Demi Moore lives, was de- and quickly re-listed with a new and lower asking price of $12,995,000.

Property records (and other online resources) indicate the Tinseltown power player acquired the Beverly Hills estate in November 2001 for $4,950,000.

Current listing information shows the mock-Med mansion-compound has a total of 11,500 square feet with 7 bedrooms and 10 bathrooms divided between the nearly 9,000 square foot main mansion, the two bedroom and two bathroom two-story guesthouse and wherever else on the property there might be a restroom.

Presumably Mister and Missus Wahlberg's desire to sell their private paradise of 10-plus years has something to to with the posh pad they're (allegedly) set to build in the unapologetically (and almost cartoonishly) lavish, guard-gated Beverly Park community.

Back in May 2009, several sources snitched to Your Mama that Mister Wahlberg and wife spent$8,250,000 to purchase one of the few remaining vacant parcels in the architecturally steroidal community of mega-mansions.

Listing information for the 6-plus acre lot from the time of the sale stated plans were available for a "30,000 square foot Mediterranean Villa." We don't know if Mister and Missus Wahlberg opted to go with the 30,000 square foot Mediterranean Villa but we did receive unconfirmed reports through the celebrity real estate gossip grapevine the couple recently broke ground on whatever it is they've embarked to build.

As far as Your Mama knows—and, of course, we don't know a damn thing about anything—beside this Bev Hills compound and the big Beverly Parkparcel Mister Wahlberg's property portfolio is otherwise empty. REAL ESTALKER